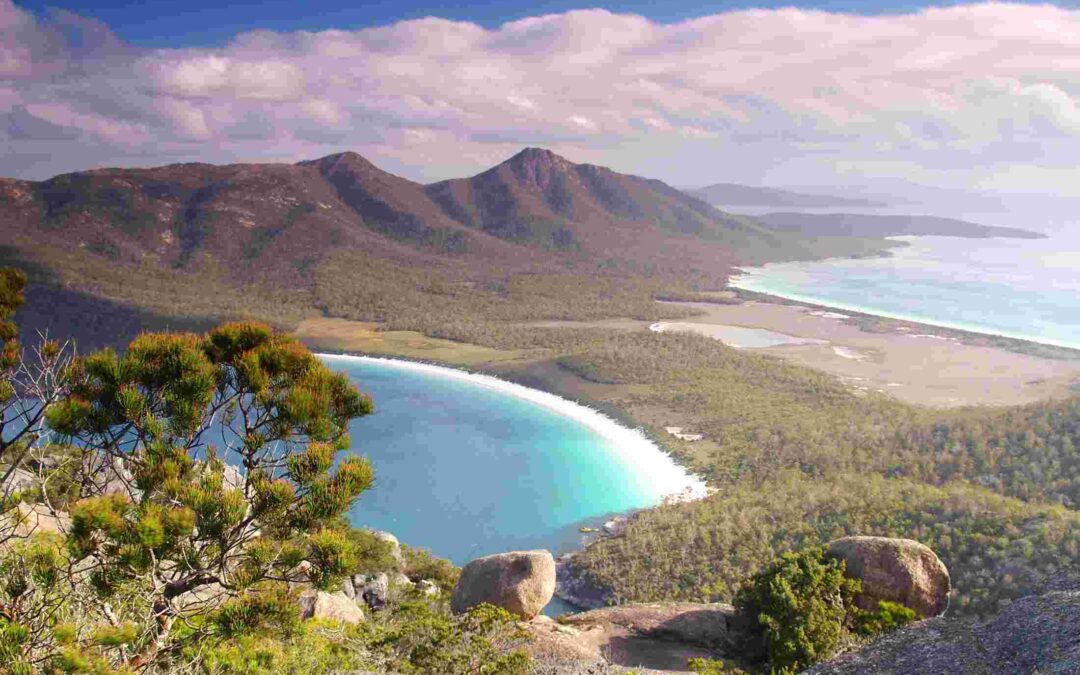 Australia covers an area of 7.617,110 km² and is the largest continent in Oceania, and the sixth largest in the world. Most of the country is desert and the population, with only 24 million inhabitants is mostly located on the coast. Nonetheless, Australia has a very diverse territory, that can satisfy different types of traveller: excursion in the nature, on-the-road trip, cultural holidays and even skiing ones.

Sydney is Australia’s largest city: it is located on a large harbour on the Pacific Ocean and is the hub of Australian culture. A stop in Sydney is compulsory for anyone visiting this country. The city satisfy any kind of traveller: it is cosmopolitan and very advanced, with a multicultural population and a multitude of attractions. Its beaches are perfect for surfing and they have hosted the world championships several times over the decades. Sydney is also close to the Blue Mountains, an mountain range perfect for hiking lovers.

Not far away (in Australian terms, therefore quite distant) is Canberra, the capital city of Australia, which is much smaller than Sydney. Northwards, there are fascinating small and medium-sized towns with boundless beaches and beautiful colours, including Byron Bay and Tweed Heads, located right on the Queensland border.

Here begin the Gold Coast, where the district of Surfers Paradise let its beauty shine through its name. About 70 km northwards, is Brisbane, the third most populous city in the continent, and Queensland State’s capital. This is both a financial and cultural centre, thanks to the presence of the famous Queensland Art Gallery.

The trip continues through bays and charming beaches, including the notorious Noosa, Rainbow Beach and Airlie Beach, until Cairns. This is small town on the northern tip of Australia where the waves are no longer suitable for surfing. The cause is the presence of the world’s largest and most precious protected ecosystem: The Great Barrier Reef. This is a real magical place with incredible colours. Go snorkel here is must!

Along the coast there are also islands of unique beauty, such Fraser Island, the Whitsundays Islands and Magnetic Island.

The main reason why this area has an high tourist attraction is that here lies the famous Uluru (or Ayers Rock), a monolithic rock formation unique for its ancient origin. The same monolith also includes the Kata Tjuta and the Mount Connor. Beyond the uniqueness and grandeur of the place, which became symbol of the country, what attracts tourists the most is the feeling of discovering the real Australia, its colours, its unspoilt nature and above all, the Aboriginal people. Two Aboriginal tribes live in this area, however, it is not easy to get in touch with them.

The climate is dry, therefore characterised by very high temperatures during the day and very low ones at night. Nonetheless, the advice is to equip yourself to sleep outdoors, because the desert sky is really touching.

Uluru “nearest” city (463 km away) is Alice Springs. The other big city of the Norther Territory, located in the north coast, is Darwin.
While, the largest city in the state of South Australia is Adelaide, located in the south coast.

Melbourne is on the south coast, crossed by the Yarra River, and is an extremely modern and avant-garde city. It is known as the “cultural capital” of Australia: Australian Cinema and many Australian artistic currents were born here. Melbourne has also been nominated the “literary city” by UNESCO and the “most liveable city in the world” for five consecutive years.
It is also very rich and economically developed, home of a large number of multinationals, automotive and manufacturing factories. Melbourne is really a great economic hub.

In the area around Melbourne there are at least two touristic attractions. The Australian Alps, a mountain range with the typical alpine climate where ski lifts are promoting a new ski tourism. On the other side, towards west, it starts the Great Ocean Road, the best panoramic road in Australia, which runs 253 km along the south coast, until Warrnambool. This very hit road is mostly known for the Twelve Apostles: twelve sandstone rocky cliffs that have been detached from the coast by the erosion due to waves. A very suggestive place, definitely a must-visit!

Perth lies on the Swan and Canning rivers and has a “mediterranean” climate characterised by hot summers and temperate winters. Perth found its economy mainly on mineral’s trade to the entire continent and abroad. Nonetheless, it is also the Australian capital of the textile industry.

The whole state is features geological peculiarities very attractive for tourism. Two lakes in the south of the state, Lake Hillier and Pink lake, are very curious: their water is pink!

There are several protected national parks along the coast: Cape Le Grand National Park, Torndirrup National Park, Greens Pool, Kalbarri National Park, Cape Range National Park, Cable Beach and many more. Some areas feature particular rock formations: the Wave Rock has the shape of a large wave, and the Nambung National Park, also known as “Pinnacles Desert” has pinnacles of limestone rising from the ground up to even 4 meters. In the northern side, there are also the Horizontal Falls, a natural phenomenon that makes sea currents flow into the narrow coastal gorges.

Tasmania’s capital is Hobart, become world-famous for the Sydney-Hobart regatta held in December every year. The largest private museum in Australia, MONA (Museum of Old and New Art) has been opened in the city. This is a very alternative and at times irreverent and disturbing museum. It gathers together the immense collection of ancient and modern artworks of the founder David Walsh, mathematical genius from Tasmania. His aim was to give his hometown the same cultural prestige as Sydney and Melbourne. It worked out quite good, since the museum is compared to the Bilbao’s Guggenheim and even to the British Museum of London!

Australia has a lot to offer and an entire life is not enough to discover it all, but if you want to start, you are in the right place to do it!